This historical marker is located at the corner of Bell and Waverly. This was only one of eight cigar factory sites that were in operation in the late 1800’s. There is nothing left of the cigar factory today. The industry faded when a tariff on Cuban cheap cigarettes was lifted. Recorded Texas Historic Landmark – 1986

Following the Civil War, area farmers found the climate and soil conditions of Montgomery County were ideal for the production of tobacco. The varieties grown her were of the highest quality, winning international awards in Chicago and Pris. A the height of local tobacco production, there were eight cigar operations in Willis. One, the Willis Cigar Factory, was located at this site. Founded by Kentucky native Capt. Thomas Wesley Smith (1829-1901), a Civil War veteran and former sheriff, it remained in operation until the early 1900’s. Texas Sesquicentennial 1836-1986 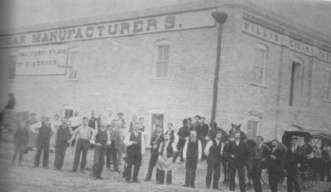 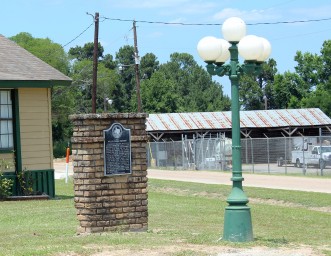