This Historical Marker is located in the Oakwood Cemetery, 1314-1398 East Davis Street. (Lat 30.3159° Long -95.4441°). To be honest with you, I do not know how I found this marker. It was pure luck. This is a large cemetery and I must say I was quite excited when I found it. The Marker is actually the Grave Marker of Mabin A. Anderson.

Mabin Alexander “M.A.” Anderson was born in 1869 and elected “High Sheriff” in 1902-1920.  Anderson was the sheriff for the duration of World War I. He was known for the catchphrase “Go to work, go to war or go to jail.” Reproductions of a World War I-era poster bearing Anderson’s quote are available at the Heritage Museum in Conroe.  He served 18 consecutive years and reportedly never carried a pistol but kept some bullets that were given to him by a friend upon his election. 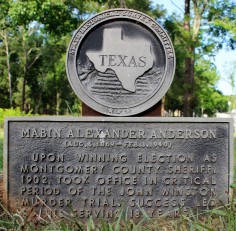 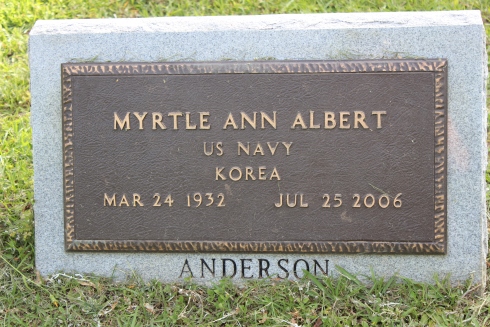 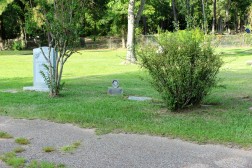 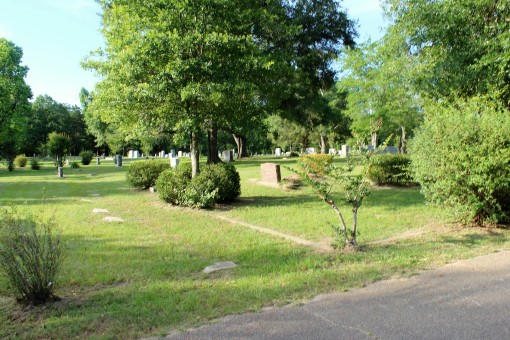 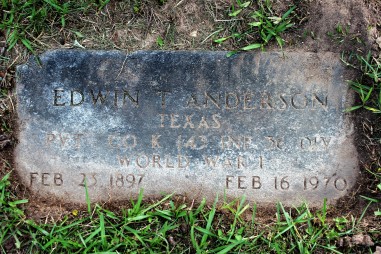