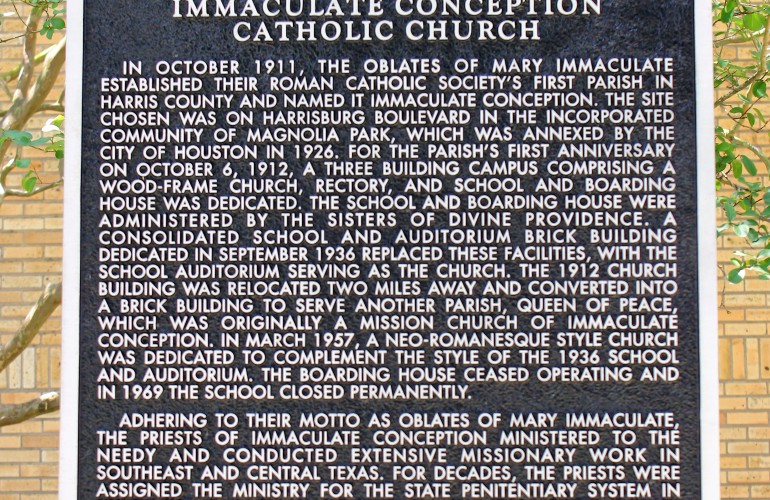 This Historical Marker is located at 7250 Harrisburg Blvd. in Houston. This church has been around since 1911 and its still going strong. Could not find much information about the church but they do have a website and  a Facebook page so members can stay informed and connected.

In October 1911, the Oblates of Mary Immaculate established their Roman Catholic society’s first parish in Harris County and named it Immaculate Conception. The site chosen was on Harrisburg Boulevard in the incorporated community of Magnolia Park, which was annexed by the city of Houston in 1926. For the parish’s first anniversary on October 6, 1912, a three building campus comprising a wood-frame church, rectory, and school and boarding house was dedicated. The school and boarding house were administered by the Sisters of Divine Providence. A consolidated school and auditorium brick building dedicated in September 1936 replaced these facilities, with the school auditorium serving as the church. The 1912 church building was relocated two miles away and converted into a brick building to serve another parish, Queen of Peace, which was originally a mission church of Immaculate Conception. In March 1957, a neo-romanesque style church was dedicated to complement the style of the 1936 school and auditorium. The boarding house ceased operating and in 1969 the school closed permanently. Adhering to their motto as Oblates of Mary Immaculate, the priests of Immaculate Conception ministered to the needy and conducted extensive missionary work in southeast and central Texas. For decades, the priests were assigned the ministry for the state penitentiary system in huntsville. Immaculate Conception was the mother church of the first predominantly hispanic catholic church in Houston, named Our Lady of Guadalupe. At least nine parishes in Harris and surrounding counties can trace their histories to the missionary efforts of Immaculate Conception. Entering its second century of existence, Immaculate Conception continues to be an influential institution in the Magnolia Park Community and beyond. 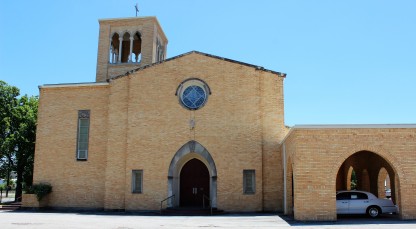 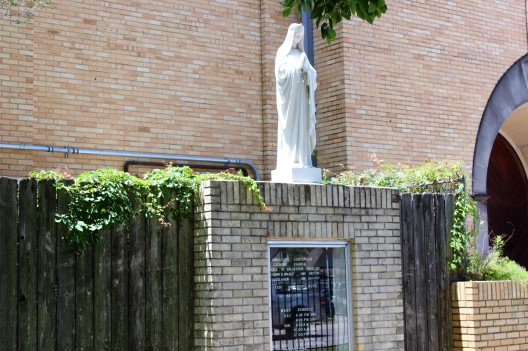 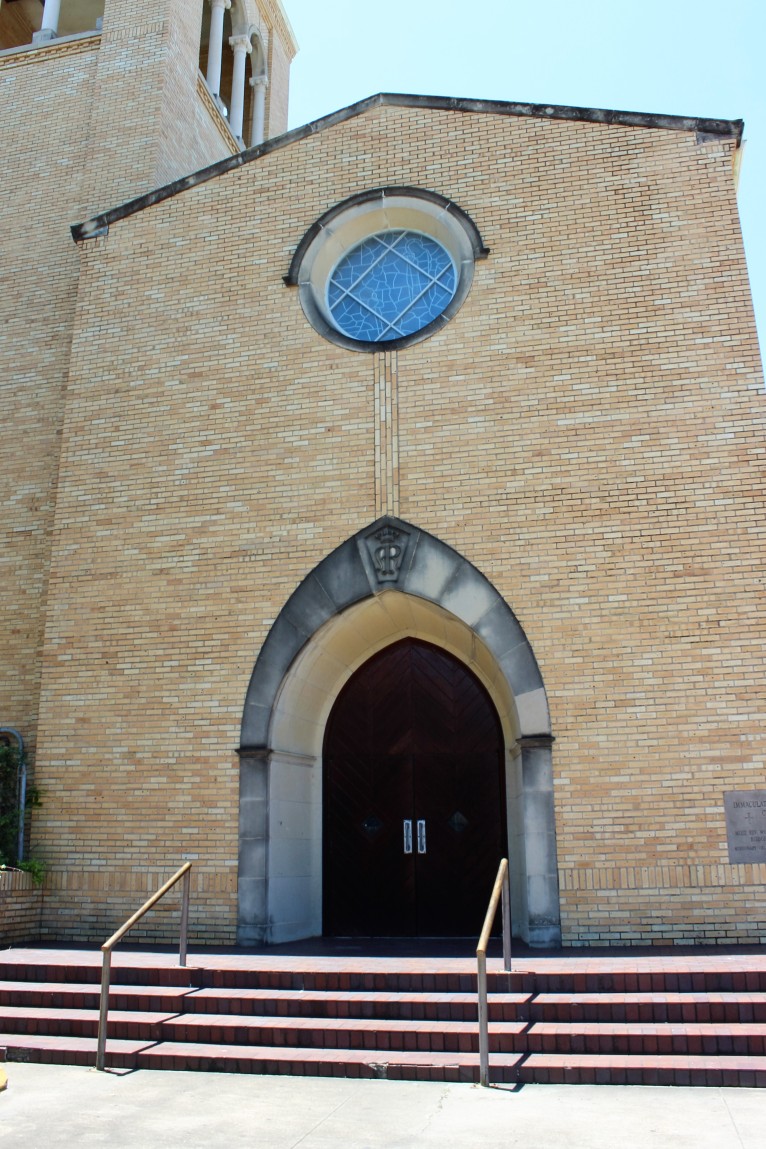