There really wasn’t much to Rutersville. Some of these towns I pass through are very small and if you blink you miss them. In 1990 the population of Ruterville was only 72. Wow, talk about everyone knowing everyone. The highest population of this town was 175 back in 1896 when the town had two general stores, two blacksmiths, three gin-gristmills, a harnessmaker, a wagonmaker, a carpenter, and a physician.

Rutersville is on State Highway 159 five miles east of La Grange in central Fayette County. It was founded by John Rabb and other members of the Methodist Episcopal Church for the purpose of establishing a college. Rev. Martin Ruter, a pioneer Methodist preacher who had proposed the enterprise died before it became a reality. The college opened its doors in 1840 but at the outbreak of the Civil War many of the students of the military institute joined the army, and the institution closed.

Founded in 1838 upon the recommendation of Dr. Martin Ruter (1785-1838), as a site for an institution of higher learning. Named in honor of Dr. Ruter, a pioneer Methodist missionary who entered Texas on Nov. 21, 1837 and weakened by his travels, died on May 16, 1838. Later in the year of his death, a company of ten Methodists bought a tract of Land, platted the townsite, and began to build Rutersville. In 1840, Rutersville College was chartered by the fourth Congress of the Republic of Texas as the Republic’s first Protestant college. The legislation specified the school should not be exclusively for the benefit of Methodists, and it was patronized by families of various faiths. Rutersville students were noted for their loyalty to neighbors, sometimes spending days away from class, pursuing Indians. The Rev. Chauncey Richardson, A. M. (1802-1852), whose grave is nearby, was first president of the college. The campus was half a mile southeast of this marker. After the Civil War ended in 1865, the original inhabitants of Rutersville sold their property. It was later purchased by German immigrants, whose descendants now live here in large numbers. 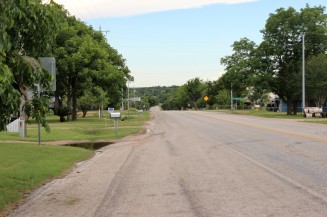 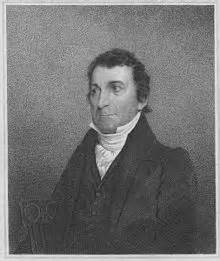