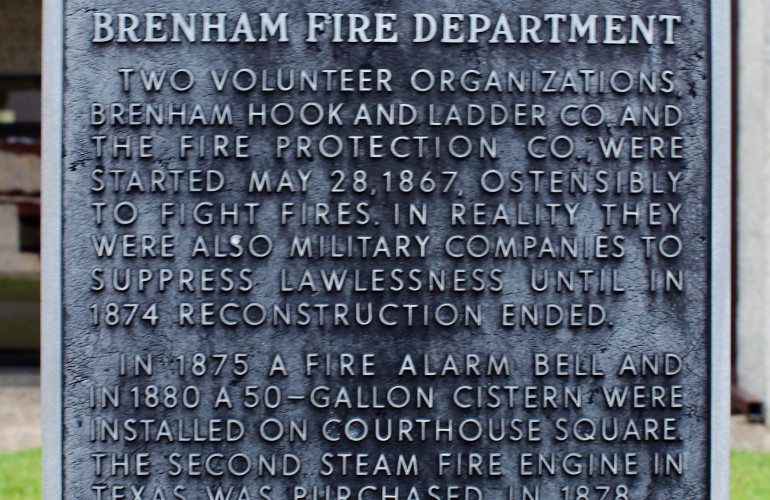 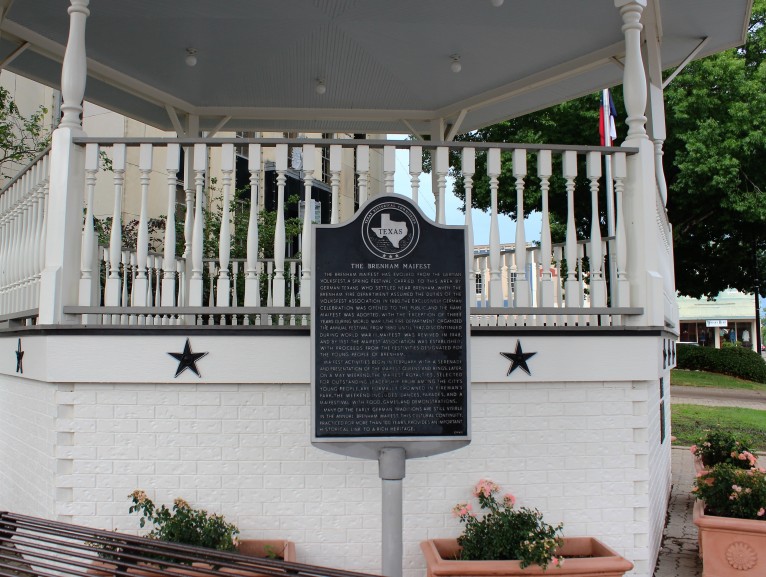 The fire department also sponsored the first annual Brenham Maifest which is held each May.

Two volunteer organizations, Brenham Hook and Ladder Co. and the Fire Protection Co., were started May 28, 1867, ostensibly to fight fires. In reality they were also military companies to suppress lawlessness until 1874 Reconstruction ended. In 1875 a fire alarm bell and in 1880 a 50 gallon cistern were installed on courthouse square. The second steam fire engine in Texas was purchased in 1878.In 1881, firemen sponsored the First Annual Brenham Maifest, then continued it 60 years. In 1884 they built for the event a pavilion in Firemans Park.