This Historical Marker is located at 15350 Scenic Loop Road. More than 1500 acres of land was purchased by Scottish immigrant and surgeon, Dr. George F. Marnoch in 1858. In 1859,  he had this two-and-a-half-story limestone house built by famed architect, John M. Fries. After his death, his son Gabriel, a renowned naturalist, inherited the Marnoch homestead.  Marnoch heirs sold a portion of their family land which is now known as Helotes  to Swiss American Arnold Gugger.  Gugger, in 1881, built a two-story limestone home which is also a historical site in Helotes called Gugger Homestead 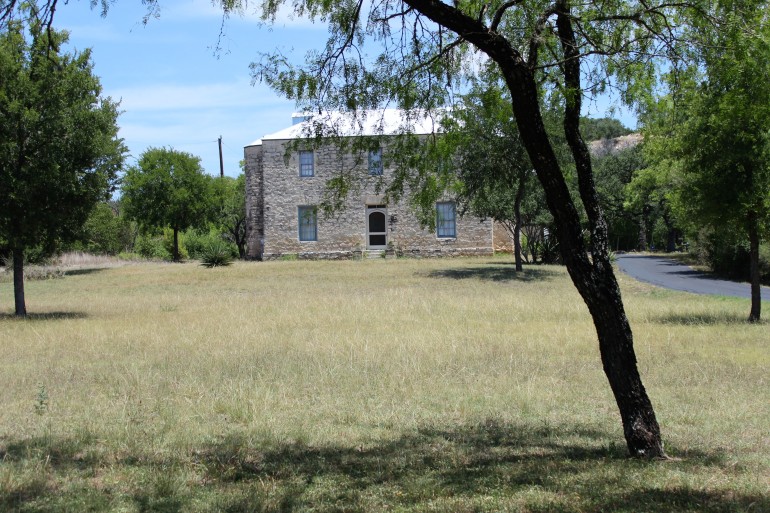 Scottish surgeon Dr. George Frederick Marnoch (1802-1870) purchased more than 1500 acres at this site in the fall of 1858. In January 1859, Marnoch commissioned famed San Antonio architect and builder John M. Fries to construct this house near Helotes Creek. Previously, Fries had designed the Menger Hotel and City Market House in San Antonio. Dr. Marnoch and his wife Elizabeth (Wilson) reared six children. Besides practicing medicine in the Helotes area, Dr. Marnoch also raised livestock. Upon his death, the Marnoch property passed to his children. George Marnoch’s eldest son, Gabriel Wilson Marnoch (1838-1920), was also closely associated with the homestead. Gabriel, like his father, practiced medicine, and was a noted naturalist and rancher. He was a founding member of the Scientific Society of San Antonio, an early observer of the Balcones Escarpment, and also discovered two amphibian and two reptile species in the Helotes Hills. Gabriel served as postmaster of Helotes from 1904 until 1919. The homestead remained in the Marnoch family until 1947. The two-story rectangular plan house is of rough coursed limestone construction, with blocks about eighteen inches thick, and a hipped roof with gabled dormers and stone chimneys. Unique features include two half-octagon bay towers on each side of the house. Both floors contain a central hall and stairwell flanked by single rooms. Additional details include keystone arches and stone lintels above doors and windows, and pine floors and interior woodwork. In 1914, an existing stone kitchen behind the house was dismantled and rebuilt as a rear addition with the original materials.