This historical marker is located at the corner of Pond and Caroline Street in Montgomery. The church is known as just the “Old Baptist Church”. 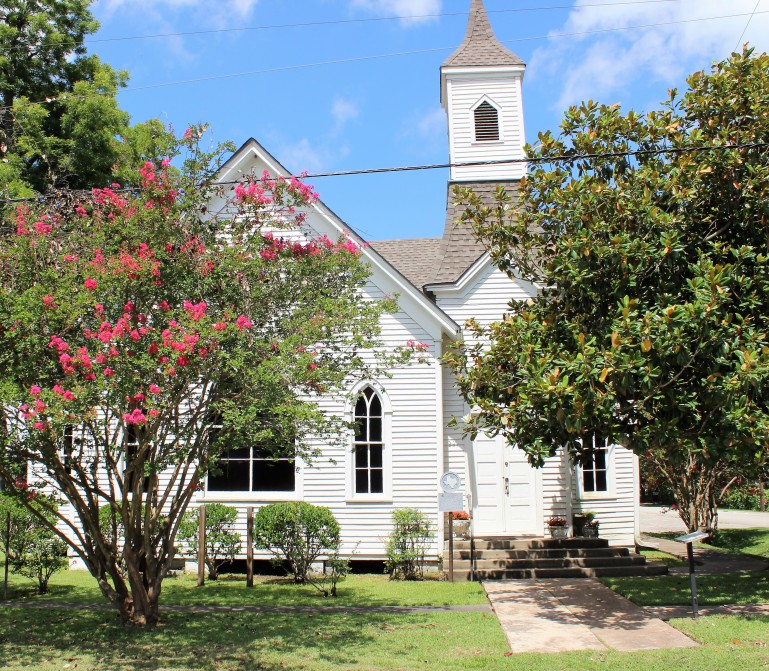 On Dec. 17, 1850, the Baptist Church bought a parcel of land from Peter J. and Richard Willis for $75.  On Dec. 28, 1850, “the brethren and sisters of the town of Montgomery and vicinity, met in Montgomery for the formation of a church.

In 1853, Rev. Thomas Chilton was the church’s first full-time pastor but in August of the following year he would die of a heart attack in front of his congregation.

The church has beautiful Gothic Architecture that can be seen on all sides of the building and at the top of the steeple. 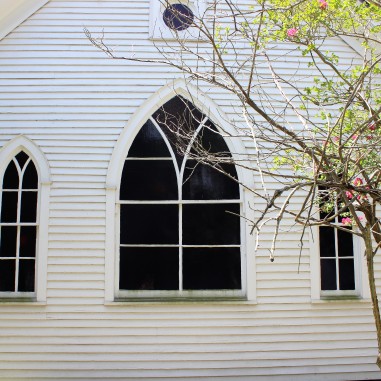 At the side walk area there is an old picture of the church on display. Its difficult to see but it is a picture from 1918.

Baptist in Montgomery organized a fellowship in 1850 and purchased land at this site the same year. In 1853, the Rev. Thomas Chilton became the church’s first full-time pastor. This vernacular Gothic revival sanctuary was constructed in 1902, during the pastorate of O. P. Stark, who is said to have designed the building himself. A 1918 storm destroyed the upper part of the steeple, and an education wing was added in the 1940s. The congregation met here for worship until 1979.