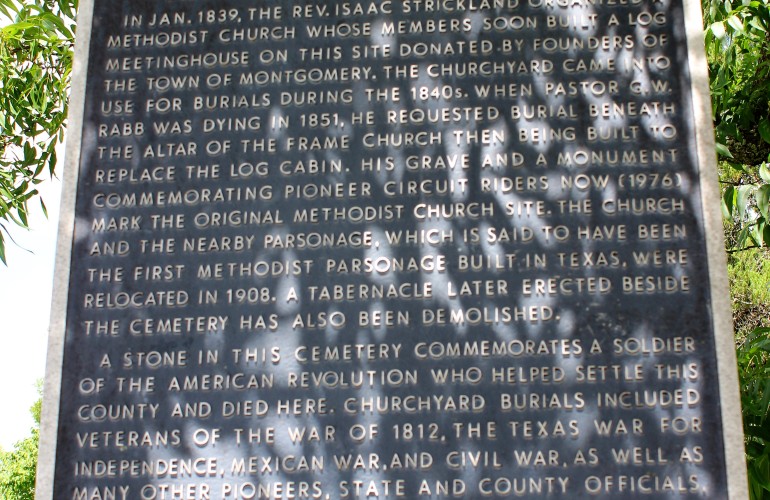 Well, I haven’t moved far from my last two markers. When I find one marker here in Montgomery, I already know I will find others near by. Just walking distance from Montgomery United Methodist Church  and Montgomery Baptist Church Building at 105 West and Pond St, you will find a cemetery with lots of history. 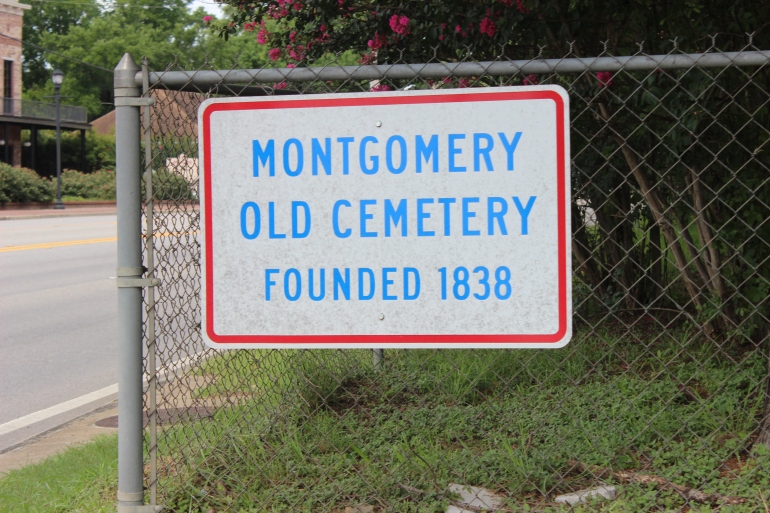 There are many old tombstones in the cemetery.

Some of the burial sites are very unique. Walking through the cemetery there are several fenced in sites.

This one really stood out so much that I had to do some research on it. What I found out is that in 1840,  James Alexander McCowan purchased the town of Montgomery from W.W.  Shepperd. The original price of the town was $4,000. The odd part was that James McCown did not pay cash for the W. W. Shepperd’s interest in the Town of Montgomery.  The payment was actually made with the transfer of ownership of seven slaves from James McCown to W. W. Shepperd. The purchase also included the Montgomery County courthouse.

Many of the grave markers are hard to read.

Alfred Morris and his wife Matilda Parmer Morris are both buried in the Old Cemetery. Matilda Parmer Morris was the daughter of Martin Parmer who was a leader of the Fredonian Rebellion in 1826-1827 and who also signed the Texas Declaration of Independence at Convention at Washington along with long time Montgomery resident, Dr. Charles B. Stewart

Owen Shannon (below) was one of forty-six veterans of the American Revolution who came to Mexican Texas. He died in 1839. 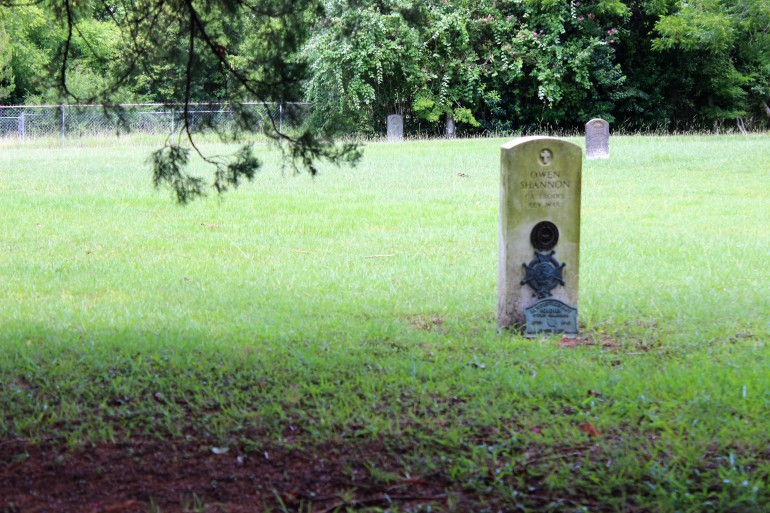 Reuben Jonathan Palmer is also buried in this cemetery. There is a historical marker about him next to his grave site which I will be writing about in my next blog. 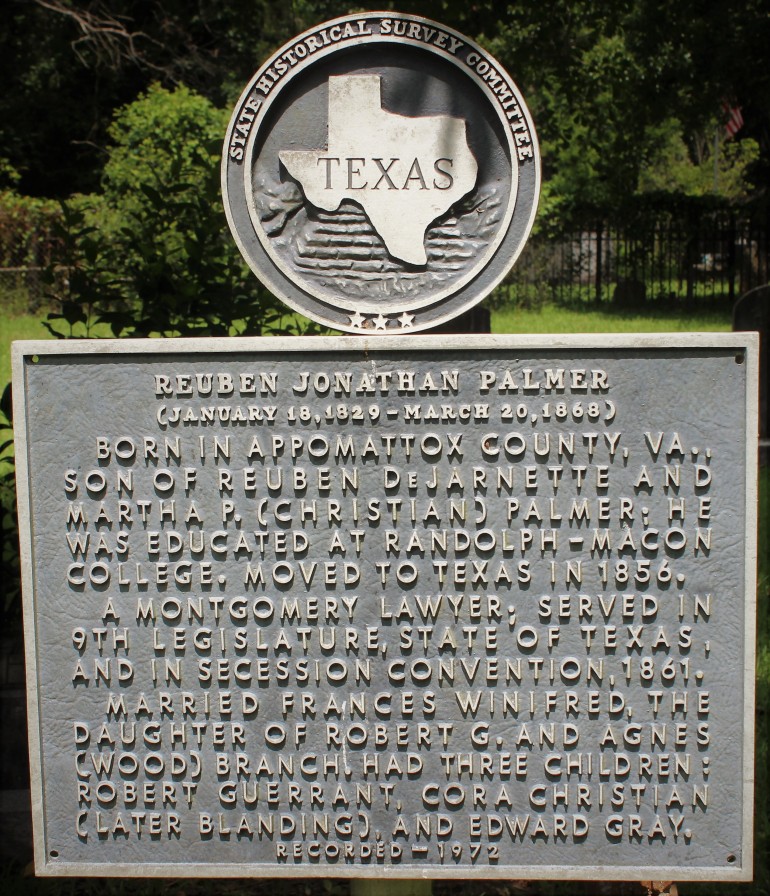 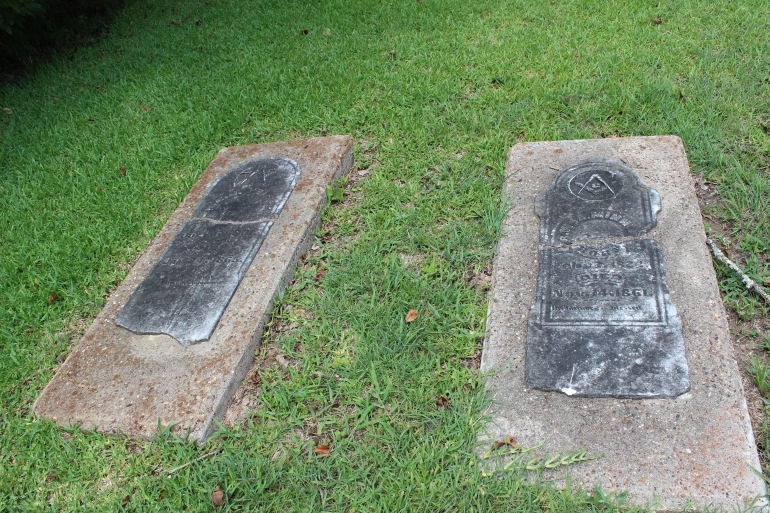 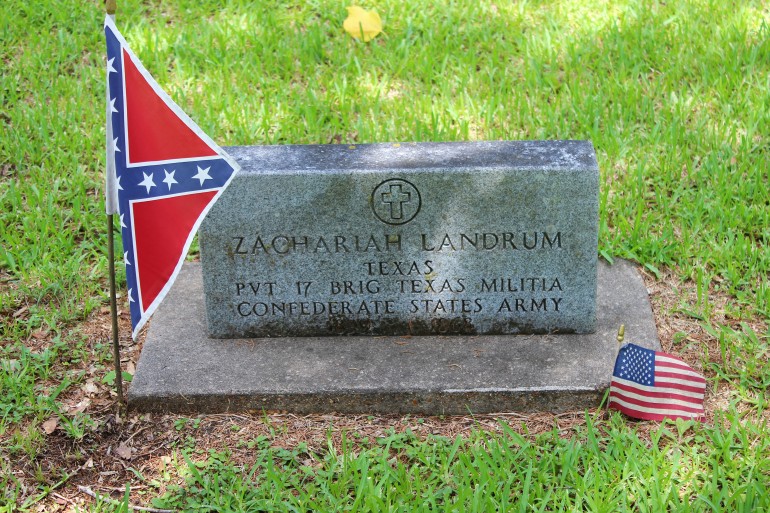 In Jan. 1839, the Rev. Isaac Strickland organized a Methodist Church whose members soon built a log meetinghouse on this site donated by founders of the town of Montgomery. The churchyard came into use for burials during the 1840s. When Pastor G. W. Rabb was dying in 1851, he requested burial beneath the altar of the frame church then being built to replace the log cabin. His grave and a monument commemorating pioneer circuit riders now (1976) mark the original Methodist Church site. The church and the nearby parsonage, which is said to have been the first Methodist parsonage built in Texas, were relocated in 1908. A tabernacle later erected beside the cemetery has also been demolished. A stone in this cemetery commemorates a soldier of the American Revolution who helped settle this county and died here. Churchyard burials included veterans of the War of 1812, the Texas War for Independence, Mexican War, and Civil War, as well as many other pioneers, state and county officials, merchants, ministers, and physicians. In some of the unmarked graves are travelers who died here among strangers. Although a new cemetery opened in 1868, this one was also used until no space remained.