This Texas Centennial Marker was erected in 1936 to Honor William S. Taylor as a San Jacinto veteran. It sits at his grave site in The Old Methodist Churchyard – Montgomery, Texas.

William Taylor enlisted in the revolutionary army in 1835 and served with Captain John M. Bradley at the siege of Bexar. In 1836 he served under Captain William Ware and Captain William Smith.  His service record also shows he participated as part of Col. Sidney Sherman’s cavalry force in an attempt to capture the Mexican cannon at San Jacinto. William received Texas land in return for his military services.

There is no know exact birth date for William Taylor but he was born in 1819 and died in Town of Montgomery – Montgomery, Texas on February 2, 1869. William S. Taylor is recorded in history books as one of the early settlers of the Republic of Texas. 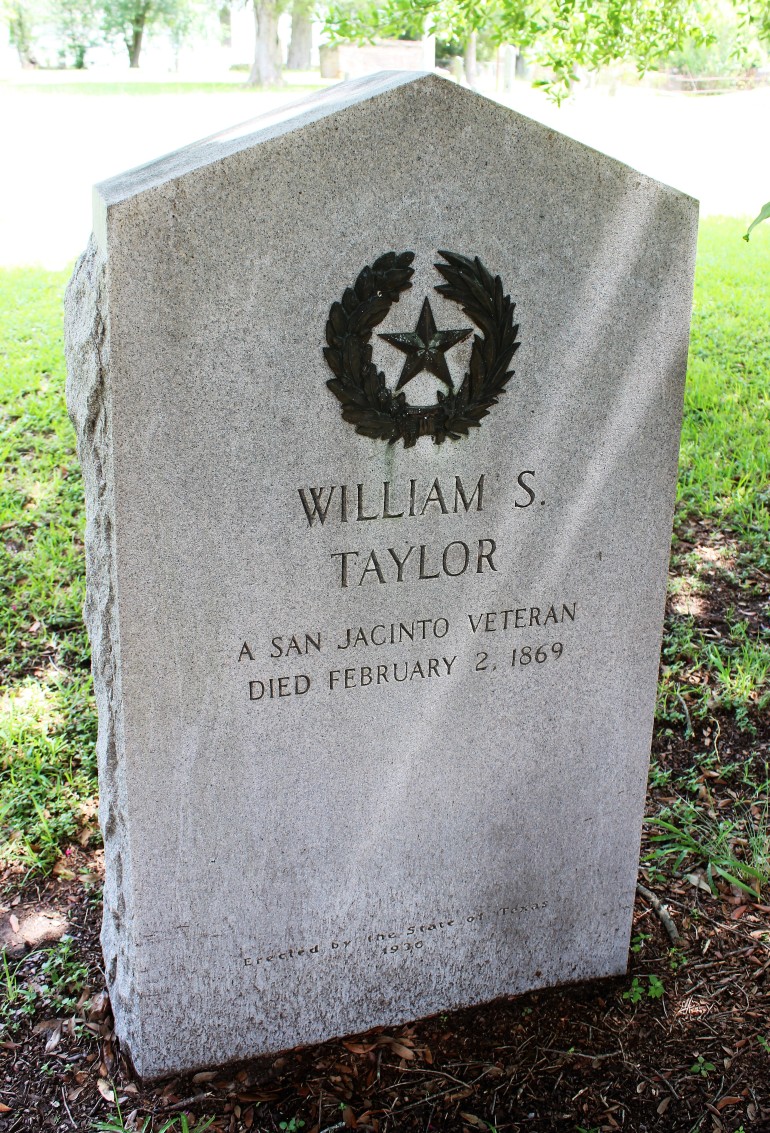 Erected by the State of Texas 1936